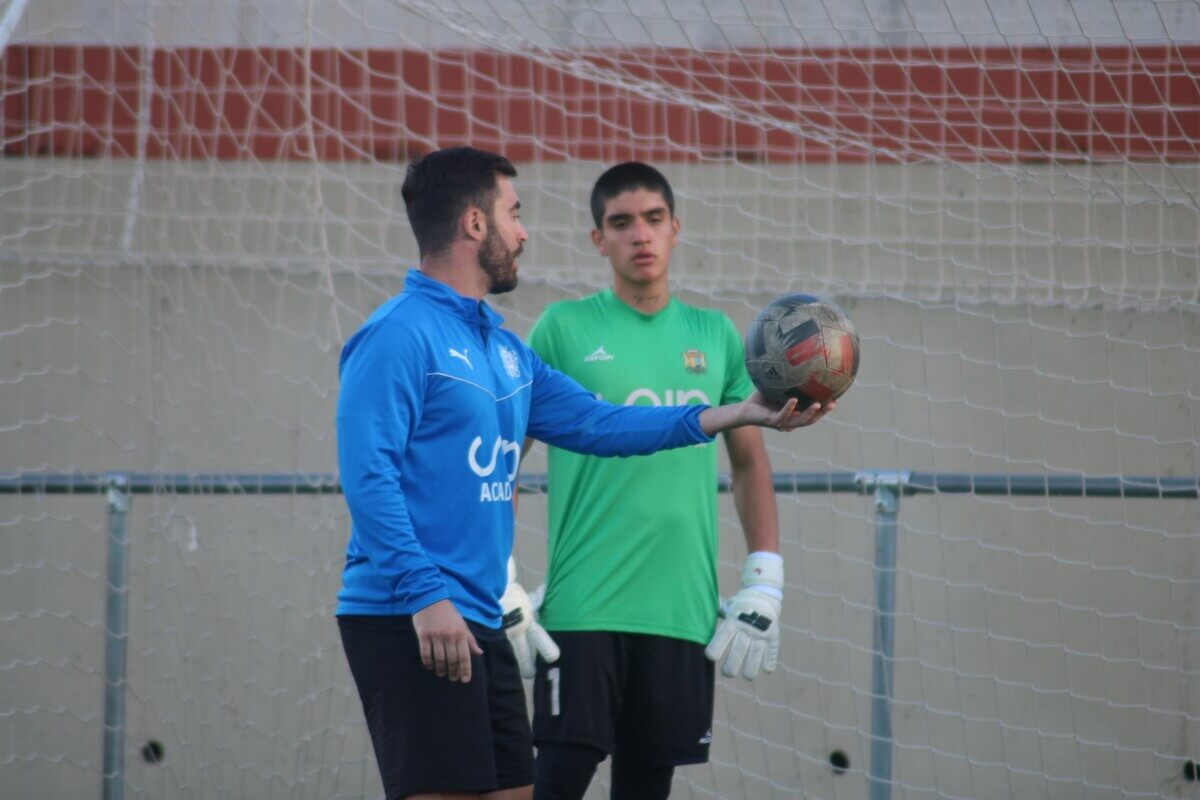 WARM-UP EXERCISES FOR GOALKEEPERS IN FOOTBALL

WHAT IS A WARM-UP IN FOOTBALL?

Warming up is an activity that prepares the footballer’s body for a more powerful physical activity. This activity has a double function as it prepares the body on a physiological and mental level.

On a physiological level, the warm-up prepares the cardiovascular system for the impending workload by increasing the heart rate and dilating the blood vessels to facilitate the arrival of blood with nutrients to the muscular systems.

As mentioned above, it also prepares on a mental level by providing the opportunity to concentrate on a subsequent task with which they have a similarity and transfer to competition.

OBJECTIVES OF THE FOOTBALL GOALKEEPER WARM-UP

– To reduce the risk of injury during sport.

– Increase range of motion: Gain autonomy in movements that are reproduced during competition.

– Activate the cardiovascular and respiratory systems: these must function optimally so that our body has the oxygen and nutrients necessary to cope with the demands of the match or training.

– Improve concentration: During football practice, we need to perceive, make decisions and execute at a very high speed, which is why we need to have the right attentional capacity.

The goalkeeper is a very peculiar figure in football. This is because he is the only player in his team who has a different set of rules than his 10 teammates. This makes him a very specific position so he has to have a different and specific way of working.

Although the goalkeeper and the outfield player have a part or phase of the warm-up that is practically the same. This would be the part without the ball, consisting of a phase of joint mobility, conditioning to strength, coordination and stretching. This refers to the phase before the ball and prepares us for and above all avoids injuries due to the specific gestures of football.

The other part of this activation is conditioned by the goalkeeper’s specific technique, as it is necessary to produce actions that are implicit to any action that a goalkeeper reproduces: blocking, playing with the foot, striking the ball and going to the ground.

In addition, due to the nature of the goalkeeper, he/she can spend very little time in contact with the ball, so it is important to maintain the activation during the whole training or competition.

We differentiate between the following phases:

In this stage, the aim is to raise the body temperature by carrying out gentle continuous running and stretching exercises to alert the body that we are going to do a demanding physical activity.

During this phase, the intensity and amplitude of the movements are increased. Physical exercises of joint mobility, proprioception and small changes of rhythm will be carried out.

In this stage a first contact with the ball is established through technique and possession exercises while maintaining intensity.

Here real situations that may occur during the match are simulated so that the players know how to handle them.

During this phase, collective technical and tactical exercises are carried out for those moves that are going to be put into practice during the match.

The aim of the last phase is for the players to return to calm and reduce their excitement levels through light, relaxation and breathing exercises.

Two types of warm-up can be distinguished:

1.- ACTIVATION:
We perform strength conditioning exercises, thus improving the capacity of the cardiovascular system to pump oxygen and nutrients to the large muscle groups.

2.- ADAPTATION:
Work on joint mobility, running inside the area, jumps and impact receptions to work on proprioception.

3.- THE APPROACH:
First contact with the ball, where free passes are made and movement with and without the ball (footwork), as well as games where the ball is touched with the hands.

4.- SIMULATION:
We carry out coordination exercises and specific movements of the goalkeeper (short and intense movements) where they also carry out technical ball actions (frontal, low, aerial blocks…).

5.- ASSIMILATION:
During this phase, collective technical and tactical exercises are carried out for those moves that are going to be put into practice during the match (side crosses, finishing, goal kicks).

6.- THE END:
The aim of the last phase is for the players to return to calm and reduce their excitement levels through light, relaxation and breathing exercises.

At SIA Academy we focus on goalkeeper training. We follow the best methodology so that the player progresses and consolidates with the ideas of European football. This is one of the biggest differences between goalkeepers, as in Europe the technique of saving and footwork is highly developed.

Within our structure we have different goalkeeping coaches who focus on the evolution of the player and follow up with him. As a result, we are one of the international football academies in Spain with the highest number of goalkeepers in our residence. 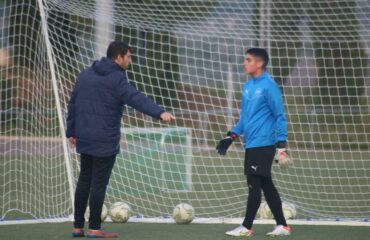 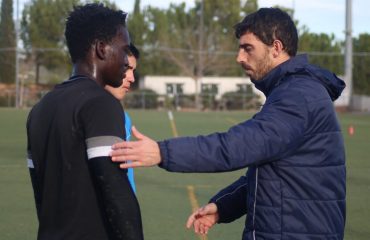 Psychology of the football goalkeeper 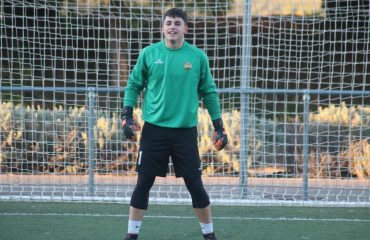