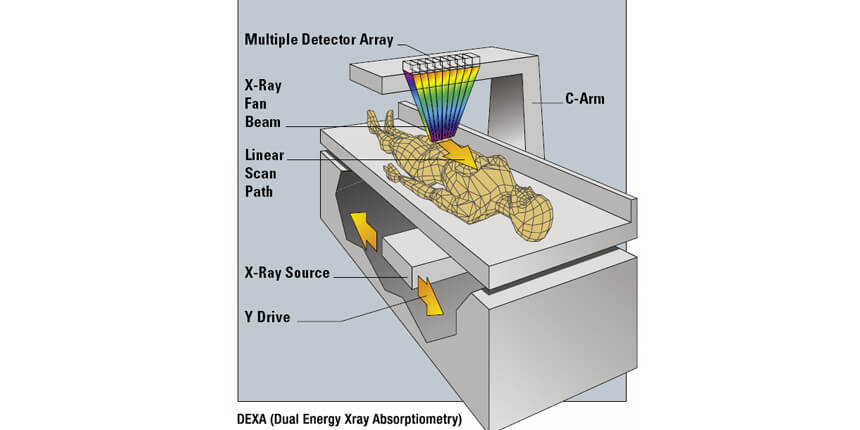 The study of body composition includes the determination of the major components of the human body, the techniques and methods used to obtain them, and the influence of biological factors such as age, sex, nutritional status and physical activity. (1)

Knowledge of body composition is essential for athletes for several reasons. Firstly, fat mass does not directly provide the individual with energy, but it does contribute to the weight that has to be mobilised in sport, and is therefore an impediment when it exceeds the appropriate values. (2)

In the particular case of football, according to Cabañas (6), muscle percentage is an important factor related to the distance travelled by players during a football match.

The assessment of body composition is particularly important in monitoring the response to training. Any fluctuation in an athlete’s body mass deserves the attention of the trainer. For example, with strength training, an increase in muscle mass due to hypertrophy of the musculature is to be expected. However, body mass may have increased due to an increase in fat mass, related to excess caloric intake. On the other hand, it is possible that a training programme does not produce changes in total body mass, but it does modify body composition, increasing the proportion of muscle tissue and decreasing the proportion of adipose tissue. (7) In addition, it allows us to check whether muscle distribution is asymmetrical, which may be desirable in some sports, but may facilitate the development of injuries in others. (8)

But its usefulness does not end with monitoring the effects of training. When an athlete has suffered a severe injury, where rehabilitation will take several months, measuring body composition on a monthly basis can be a tool to minimise an increase in body fat. Athletes can gain body fat rapidly when activity has been limited and eating habits have been poor, and it is difficult to return the athlete to their best potential if they have lost muscle and gained body fat. (9)

Among the methods used to study body composition, anthropometry and bioimpedancemetry stand out for their widespread use, and densitometry by dual-energy X-ray absorptiometry (DXA or DEXA) for their accuracy.

The difference between these methods lies precisely in their accuracy, reliability and reproducibility of the results. Anthropometry is subject to intra- and inter-observer variations that require a great deal of training in the technique to reduce them, and despite this, it is subject to errors due to both excess and deficient body fat. Furthermore, in the particular case of elite sport, the equations used for the general population are not applicable (10).

Bioimpedance devices can provide results with a margin of error between 6-10% as they depend on the hydration level of the athletes, their previous physical activity, their diet… (11) and when compared to DEXA densitometry, studies show that bioimpedance underestimates fat mass results in elite athletes compared to DEXA. In addition, bioimpedance measurement demonstrates very low accuracy in estimating body composition changes at the individual level, which may significantly limit the information regarding the adaptation of athletes to different types of training. (12)

These results have led institutions such as the British FSEM (Faculty of Sport and Exercise Medicine) to issue a consensus document in which it considers DEXA a “validated tool for providing information about body composition”, which “provides a good estimate of body composition and is better than most other techniques for measuring body fat” and “can be used in the assessment of training and fitness, as there is an inverse correlation between running distance and body fat”, with “very reproducible results with a coefficient of variation between 1-3%” and “low radiation which does not cause problems for the user when repeating tests”. (13)

Some first division clubs are already trying to make the most of the information provided by the most advanced methods of body composition studies, such as FC Barcelona which uses DEXA (14) or Real Madrid which uses the Bod Pod air plethysmograph (15), although the latter device has the important limitation of not reflecting the detailed fat and muscle distribution at trunk and limb level, which is possible with the DEXA study.

With the precision that DEXA allows, it is possible to try to achieve adequate levels of body fat for optimal performance, without the loss of muscle mass. In addition, it is possible to monitor the evolution of the player throughout the pre-season, season and holiday periods to ensure that the physical condition is optimal at all times.

Two words: accuracy and reliability. Densitometry is considered the reference method for these studies.

Densitometry provides more reliable results (in fact, all studies attempt to prove its efficacy by comparing it to the results of densitometry) with a minimal margin of error. Since densitometry performs a full body scan, this allows you to know in detail the body composition of all regions separately: trunk, right arm, left arm, right leg, and left leg. And, if necessary, you can further sub-segment the analysis to know the composition of a more specific region (abdomen, thigh, calf…) and compare it with that of the opposite side.

What are the benefits of a DEXA body composition study?

To highlight some studies that support the usefulness of DEXA densitometry in elite football, there is the one carried out on AC Siena football players during 3 seasons, which concluded with a reduction of injuries throughout the season (16) (from 28 injuries in the first season, to 12 injuries in the last season). The scheduled measurements were carried out at the beginning and end of the pre-season, the week before and after the Christmas holidays, and the last week of competition, although in cases of injuries, transient overweight… they carried out a closer control.

Also published is the 6-month rehabilitation follow-up of a Premier League player who underwent surgery for anterior cruciate ligament rupture (17), documenting the loss of muscle mass during the 8 weeks of immobilisation (5.8 kg in the body, of which 1.4 kg in the immobilised leg and 0.8 kg in the healthy leg), together with a recovery of between 0.5-1 kg per week in the rehabilitation period (which proved to be slower in the previously immobilised leg).

Finally, the comparison between the first team players and the youth players of a Premier League team shows a lower percentage of fat in the first team, but this is due to a greater muscle mass in them and not to a lower real fat mass (18).

Maintain a balanced diet, with adequate calcium and vitamin D intake. Regular physical exercise is recommended to improve balance and muscular endurance, and falls should be avoided.

When would it be advisable to perform a DEXA body composition study?

Densicorp, Osteoporosis Diagnostic Centre is a centre with more than 20 years of experience in performing bone densitometry using DEXA, which aims to be a centre where athletes can measure and monitor their body composition with maximum reliability.

Although the casuistry of body composition studies is still few, we like to highlight the one we performed on an amateur football player after an intervention on the right meniscus. In the report below you can see the results before starting rehabilitation and 1 month after rehabilitation.

Is it safe to perform a DEXA body composition study?

We all receive radiation every day just because we are alive (from radioactive earth minerals, from the sun…). In a DEXA you receive a dose of radiation equivalent to what you receive during a normal day for 3 hours, or when you fly in a plane for 4-5 hours, which makes it a totally safe test.

4. Boileau RA, Lohman TG. The measurement of human physique and its effect on physical performance. Orthopedic Clinics of North America 1977;8(3):563-81.

8- Krzykała M. Dxa as a Tool for the Assessment of Morphological Asymmetry in Athletes. Dual Energy X-Ray Absorptiometry, 2011, p. 59. 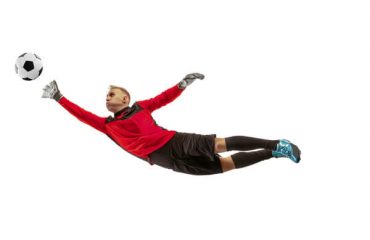 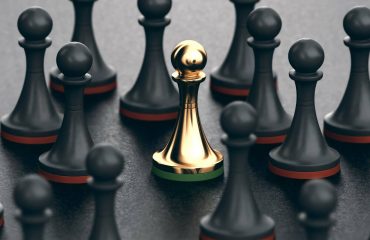 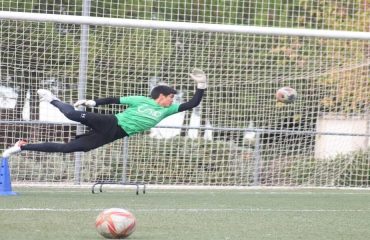