Congress on methodology applied in the main clubs

The time has come. After months of preparation, the long awaited Soccer Inter-Acion Congress on football and methodology was held in style. Those attending the meeting were able to enjoy an intense first day where methodology, tactics, scouting, training design and the readaptation of a squad.

In fact, the presentations could not have started in the best possible way thanks to the figure of Juan Luis Martínez García, a pioneer in the Smartfootball methodology. Based on the brain and its ability to enhance the player’s decision-making power. With a degree in Physical Activity and Sport Sciences from the prestigious University of Valencia and a PhD in Physiology from the University of Zaragoza, the man from l’Olleria has led youth teams such as Real Madrid, Espanyol, Dynamo Moscow and Changchun Yatai, one of the leading clubs in China. “A better coach is the one who is able to ask good questions than the one who knows, or thinks he knows, all the right answers”.

After the more than interesting presentation by Juanlu Martínez, it was the turn of another of the most respected Valencian professionals in his area of football: Xavi Mocholí León. The now coordinator of scouts and scouting in the Valencian Region for FC Barcelona, he is an eminent figure in the field of scouting and recruitment, something that could be appreciated from the first moment he took the stage.

The audience, including many Valencian Football School coordinators, were able to enjoy and learn how one of the best teams in the world is structured and works, renowned worldwide for its youth academy and its ferocious ability to capture talent. With a degree in INEF, a Master’s Degree in Sports Management, N-3 UEFA Pro football coach, TAFAD teacher and Football Sports Technician, Xavi Mocholí’s career is full of experiences and anecdotes that have led him to where he is today. His tips and tricks are sure to help more than one coach and scout after his presentation.

And from scouting to analysis. With a well-deserved stop for lunch at the restaurant located within the Soccer Inter-Action High Performance Centre in Spain, the appearance on the stage of Enric Soriano was a real stimulus to get back into the dynamics of the Congress.

The young Levante UD coach – with a past at Valencia CF – and analyst demonstrated his tremendous ability to understand the sport. Theory and practice on the much needed micro concepts associated with the different functional roles in MCB.

One of his club colleagues was the next to delight the audience with his work: José Mascarós. The current Physical Trainer of Atlético Levante gave a recital on how to manage technology so as not to lose any detail of the physical condition of the footballer. In addition, with an extensive presentation full of individualised exercises for each body. Mascarós also has an enviable experience in Spanish and international elite clubs, making him a reference in the area of physical preparation. Valencia CF, Excelsior Mouscron, Huracán Valencia CF, Elche CF, Getafe CF and Villarreal CF are some of the other entities that have benefited from his good work with players.

The final climax to this first day of the 1st Soccer Inter-Action Congress on football and methodology was the presentation of two other specialists in the area of physical preparation of elite football clubs. In this case they were Juan Monar and Ángel García, from Valencia CF.

These two true professionals and lovers of this sport completed a dissertation of an enormous level in which two aspects shone with their own light: the control of the load in the training processes -something that had already been introduced and emphasised by José Mascarós- and the readaptation of a subsidiary team. Responsible for the performance of Valencia Mestalla, both coaches shared the stage and gave a theoretical-practical presentation in which they demonstrated their knowledge, even making their presentation time fly, thus concluding this spectacular day. 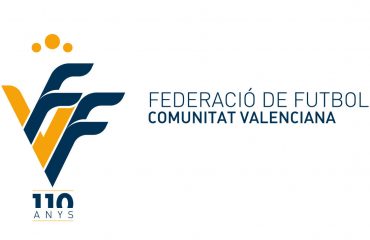 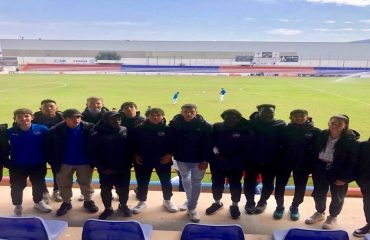