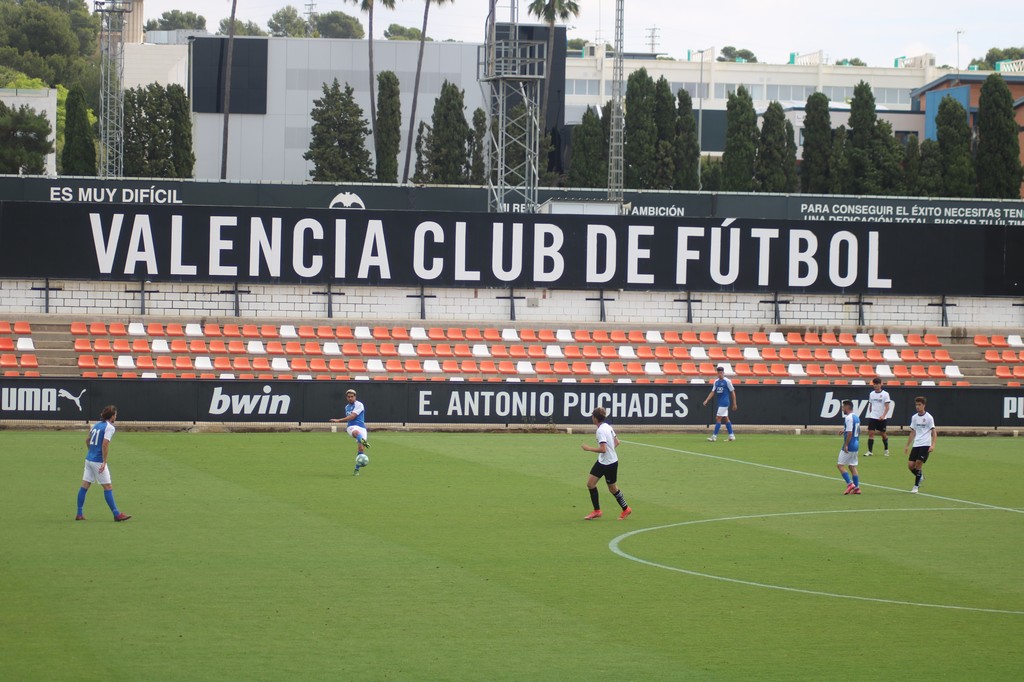 The SIA Academy Third Division team played a beautiful football match against Valencia CF Juvenil, from the División de Honor. Players from the SIA Academy Annual Programme were once again in the spotlight in this match

Valencia Club de Fútbol’s youth academy is one of the most important in Spain. Valencia CF’s Ciudad Deportiva is the centre of operations of a club that year after year manages to promote its young players to elite football.

The great work carried out every season in the training of its players is an example to follow, as it has allowed the club to become a national and international benchmark.

SIA Academy, in its desire to continue promoting its football player training programme, did not want to miss the opportunity to play a match against Valencia CF at its elite sports facilities. More specifically, at the Antonio Puchades pitch, the most important pitch at the Valencia CF Ciudad Deportiva.

Valencia CF’s Juvenil División de Honor have been the chosen opponents to face UD SIA Benigànim, from the Third Division. The top team in Valencia Club de Fútbol’s youth system has just finished in second place in the División Honor and was in great form for the match against SIA Academy.

The SIA Academy players from UD SIA Benigànim travelled to Valencia CF’s sports facilities to bid farewell to their great season in the Third Division.

The pupils of Fernando Gómez Colomer, who has returned to what has been his home during his entire football career, will return next season to compete in the Third Division with their attractive project of U23 players.

This scenario of two young teams foreshadowed a beautiful and exciting match, as both teams are also characterised by their good ball handling and commitment to dominate the game through ball possession.

To add to the importance at the start of the game, players from the SIA Academy Annual Programme were once again in the starting line-up for UD SIA Benigànim, in this case Bapodra and José Manuel.

Valencia CF finished the first half in front thanks to the goalscoring success of striker Loren. For their part, the SIA Academy players were not in good form in front of goal, despite the clear chances they created.

The second half saw the presence of other SIA Academy players from the Annual Programme, such as David and Tomás. Both already knew what it was like to compete with the Third Division team and this time they didn’t feel the nerves at all.

The level required by a professional club like Valencia CF is the highest. All their players have gone through an intense training process in which they have improved their skills over the years. As in the SIA Academy, player development is the main objective in the grassroots stages of football.

However, making a place in Valencia CF’s División de Honor youth team is a difficult task. The best players in Spain fight to compete in teams such as Valencia CF, Real Madrid, FC Barcelona or Sevilla FC. Therefore, training at International Football Academies in Spain, such as SIA Academy, are highly recommended options for the development of the young and ambitious footballer.

When does the Spanish league start?

The football seasons in Spain’s top leagues have come to an end and it is time to plan for the next season. But when will the Spanish football leagues start again?

The calendar is already marked in red for the second half of August. That period of time will be the start of the 2021/2022 season for the most important leagues in Spain, including Tercera División and División de Honor.

Which teams make up the Third Division?

The 2021/2022 season will be the first season of the renamed Spanish Tercera División. From this season onwards, it will be known as 3rd RFEF and the teams promoted at the end of the season will not go up to Second Division B, as this category has been divided into 2nd RFEF and 1st RFEF.

The Valencian group of the 3rd RFEF will once again be one of the strongest in Spain thanks to teams such as Orihuela CF, Elche Ilicitano, Atzeneta, Villarreal C, Atlético Saguntino and CD Roda.

However, one name will stand out from the rest: Valencia Mestalla. The Valencia CF reserve team will start as favourites for promotion thanks to the high level of their young players, who already know what it is like to compete in the Segunda División B.

For all these reasons, UD SIA Benigànim will once again visit the Antonio Puchades and will host a Valencia CF team full of young players at the Municipal de Benigànim, as they are firmly committed to their División de Honor youth team.

There have been more than a few youth players who have shone this season with Valencia Mestalla. Players such as Uruguayan centre-back Facu González, full-backs Joseda Menargues and Jesús Vázquez and wingers Hugo González and Fran Pérez have been regulars for Valencia Mestalla coach Óscar Fernández.

In addition, Valencia CF’s Juvenil División de Honor, coached by Miguel Ángel Angulo, has promoted other players such as Pedro Alemany, Bashiru and Iván Muñoz. This situation says a lot about the great work done by Angulo, another Valencia CF legend as well as Fernando Gómez Colomer, coach of UD SIA Benigànim. 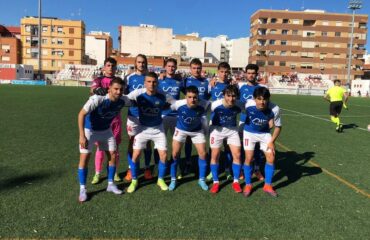