The young players of Soccer Inter-Action played another friendly match against Valencia Soccer academy with the mission to continue adapting to the demands of football in Spain and to improve their competitive capacity.

The Soccer Inter-Action High Performance Centre does not rest. The ball is always rolling on the various playing fields of these elite sports facilities and this week it was the turn of the promising players of the International Soccer Academy (valencia soccer players). Located in Enguera, Valencia -Spain-, the SIA High Performance Centre is one of the leading sports complexes at national and international level thanks to details such as those that took place in this exciting friendly match with soccer academy valencia.

It was arranged and organised to be played in the morning in order to take advantage of the players’ rest and all the technological resources were available to analyse the players’ movements in depth. All the matches are recorded and subsequently analysed in the video-analysis sessions. In this way, the spectacle was guaranteed.

Soccer Inter-Action International Football Academy were unable to field all of their players as many of them were booked for their important league fixtures this weekend. Even so, the young players who took to the pitch showed the enormous potential they have in their boots, as their opponents were of an older age group and had to do their utmost to overcome the home side.

What is the methodology of the Soccer Inter-Action Academy?

In fact, the methodology of Tactical Periodisation is bearing fruit and the SIA Academy players did not shy away from having the ball and dominating the match.

Through possession of the ball, the international players of the Soccer Inter-Action Academy in Spain sought to reach their opponents’ area with patience, but with the ambition to shoot at goal when the opportunity arose. In this way they enjoyed the first chances of danger, although it was their opponents, made up of mostly Canadian and Indonesian players, who took the lead. Valencia Soccer Academy knew how to play their weapons and with a greater physical presence looked for the local error to generate goal scoring chances, although despite this they could not get off the scoreboard until the final moments, when the young players of SIA Academy felt the fatigue.

What was the result of the academy match?

The final score was one goal to three, with the home team’s goal, scored by Emilio, standing out. This Mexican striker is going through a great moment of form and his eye for goal is increasing, something that is being seen in the league competition, which defends the colours of FC Porto Dragon Force both in the Juvenil A and Juvenil B, playing even in the Amateur and training with UD SIA Benigànim, in the Spanish Third Division.

Beyond the result, the sensations transmitted by these players were very positive and in the post-match, the coaches, trained under the guidelines of FC Porto, were able to analyse in detail the movements and performances of all the players from the GPS and the match recording cameras, placed along the pitch so that any aspect of the match could be filmed.

Looking ahead to the weekend, where the players of the Soccer Inter-Action International Football Academy in Spain will compete in their respective league competitions, the players have had recovery and rehabilitation sessions in order to minimise the strain of this last match. Playing matches every few days is very demanding, but it is very important for the development of the young player, especially to provide them with a competitive character that will allow them to perform at the highest level when the time comes.

The availability of numerous resources at the High Performance Centre for technical, tactical and physical progression is one of the strengths of the SIA Academy, as footballers have at their disposal both machines and rooms and a team of professionals dedicated exclusively to the physical and mental wellbeing of the footballer.

If you want to know other matches with other football academies in Spain, come and join us. 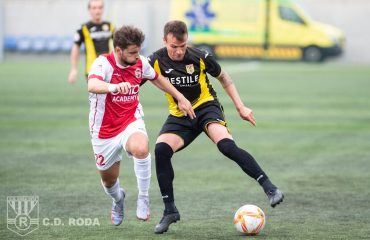