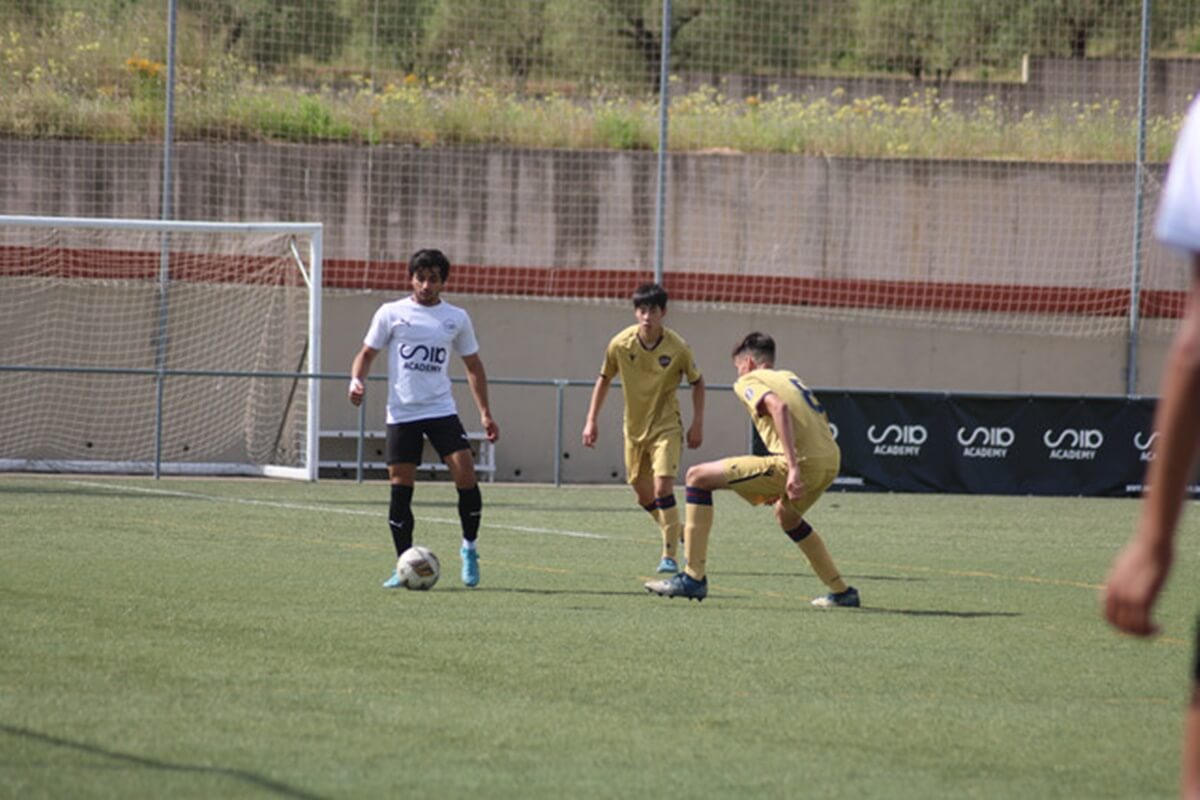 SIA Academy is the ideal international football academy in Spain to become a professional footballer. The place where each player’s performance is maximised and where there are opportunities to compete against the best football clubs. This is the case of the match between Soccer Inter-Action and Levante UD.

The LaLiga team visited the SIA Academy facilities. They faced the team of international players from Soccer Inter-Action. The two teams enjoyed a match with pace, opportunities and evenly matched.

SIA Academy’s match against Levante UD was a demonstration of the high level of Soccer Inter-Action players. A professional club was hardly able to create any dangerous chances. The great match of the SIA players reflected their excellent work in training.

How was the SIA Academy – Levante UD?

The SIA Academy – Levante UD was a very even match. The two teams competed on one of the main fields of the SIA Center under an intense sun. It was the Soccer Inter-Action team that tried to come out playing, as they are taught in the daily training sessions.

Levante Unión Deportiva tried to steal and get forward quickly in search of a goal. Finally, they got the final goal in the last moments of the game. SIA Academy players from Chile, Argentina, Mexico, United Arab Emirates, India, Germany, France, England and Germany played in the match.

SIA Academy and Levante UD already met in winter. It was at the Ciudad Deportiva de Buñol. On this occasion, the SIA Center was the place where the team of international players from Soccer Inter-Action and Levante Unión Deportiva faced each other. The match was attended by a hundred fans.

The SIA Center is a special place for such matches. In the luxury facilities of the SIA Academy, many of the best football teams in Spain come together to train and compete. Above all, on a well-kept artificial turf pitch in an enviable setting.

With SIA Academy you can play professional football in Spain. The international players of the Soccer Inter-Action team regularly play against clubs such as Levante UD. They also play against Real Madrid, FC Barcelona, Atlético de Madrid or Real Sociedad.

Being able to play against the best football clubs in Spain opens doors to the elite. Show your talent to the coaches and scouts of professional teams and surprise them. This way you can sign for them and boost your career. This is the aim of Soccer Inter-Action.

The SIA Center is a regular place for football scouts. Scouts try to find new pearls for their teams. Showing your talent in matches like the SIA Academy – Levante UD helps the scouting professionals to choose you for their team. Unique opportunities presented by Soccer Inter-Action.

To surprise the football scouts at the SIA Academy, you have to show your full potential. That’s what the Soccer Inter-Action coaches take care of. You will also have to show professionalism, a clear head and values such as respect and solidarity.

Playing against Levante UD is not SIA Academy’s only step towards professional football. The international Soccer Inter-Action team regularly plays at Valencia CF’s Ciudad Deportiva. Many scouts and employees of Valencia Club de Fútbol come there looking for promising players.

Proof of this is the call from the best clubs in Spain to SIA Academy players. The Chilean striker Antonia was able to train with Valencia CF, the youth player Maite tried out with Valencia CF and Levante. In addition, Naim enjoyed a training session with the youth team of Elche CF. 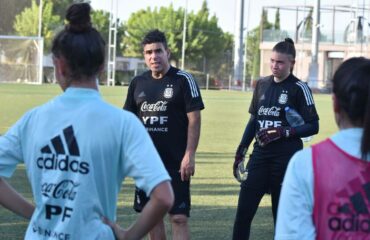