The Norwegian International has visited once again Soccer Inter-Action to develop his football skills and he had an instant impact on field.

William, a Norwegian gem, aims to become a professional football player and he clearly understands the requirements of elite football. Last time William visited us was in November and our technical staff has seen that William followed their instructions since then. It shows that William knows what it takes to become successful and values our football coach’s expertise.

William has arrived our International Football Academy with the right mindset. Always prepared to put it all out and to listen to the coach’s instructions. There’s no questions about William’s talent and commitment. Nonetheless, as any 15 year old player, there’s still a lot of room for improvement. Our football programs are tailor made and that allows William to work on the details that require more attention. William has worked on his shot and 1v1’s. He’s quick and powerful and has improved his finishing skills through the last couple of months. For a forward to have these tools under his belt it’s a massive asset so William’s on field performance came with no surprise. He has the ability to overtake defenders and find the back of the net and those are scarce skills. With time, and under our technical staff guidance, he will improve the timing of his runs, the control the surrounding space and the intention behind first touch. That will allow him to step up and compete at the highest level.

During this week, Soccer Interaction has organized a friendly match, in one of our state of the art football fields, between FC Porto Dragon Force’s U 17s team and a Valencian U19s team. William has scored one goal and his countryman, Petter, helped the team to build efficiently from the back. The two Norwegian youngsters have helped the team to put on a good show and challenge an opponent that was composed by older players. Everything was organized by our football coaches and was thoroughly designed to challenge our players.

There was a clear transfer between the principles of play addressed in the training sessions and the match, which allowed our players to build confidence and put on good performances.

Through FC Porto Dragon Force’s Methodology and style of play, Soccer Interaction International Football Academy is proud of helping aspiring football players on their quest of becoming professional football players. William we’ll be back soon and we are looking forward to have him with us. 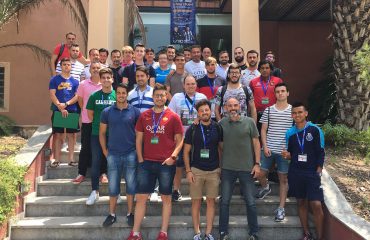 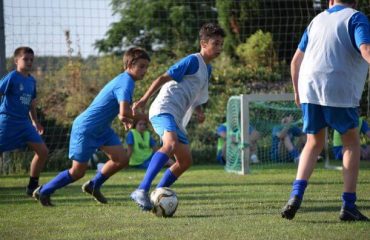