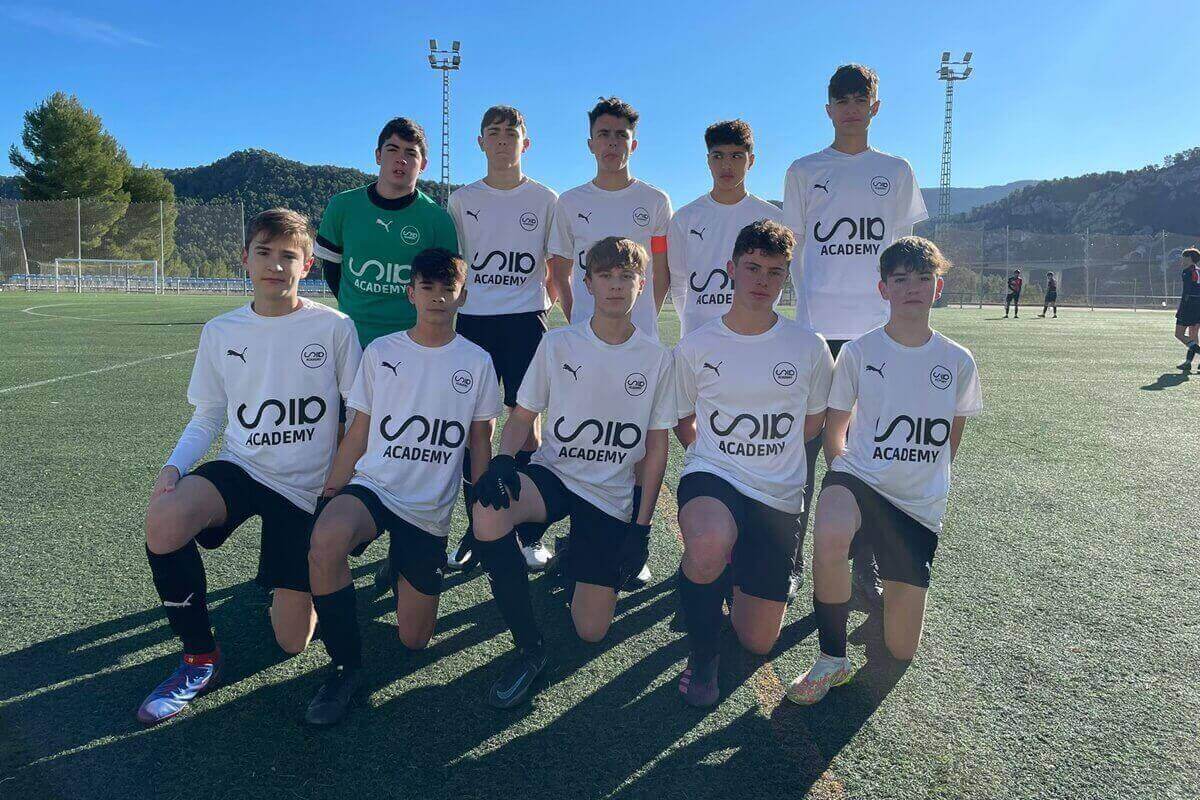 Spectacular weekend for the Soccer Inter-Action school. The SIA Academy almost had a full house of victories on a league day where grassroots football was the big winner and where the international footballers of the SIA academy had a leading role, goals, assists and good play.

The first half went from bad to better, with SIA Academy taking the lead from a free kick with Youness scoring a goal, but conceding an own goal just before half-time. No sooner had the second half started than they conceded 1-2, but the team soon rallied to make it 2-2 from the penalty spot. After that the match becomes a frantic back-and-forth where the visitors gain their advantage.

A game with a lot of absentees and with minutes for the less regular players, but with a great result on the scoreboard. The game started with little rhythm, but we began to have intensity as the minutes went by. That’s how the four goals that ended the first half started to arrive. The second half, with cold and rain, kept the same rhythm, but another four goals were scored to round off a great afternoon for the unstoppable Massanassa women’s team. Double goals from Lucia and Andrea, and goals from Belen, Alba, Sharay and SIA Academy’s Chilean player Antonia.

Tough defeat for the SIA Academy cadet team, who never found a way to hurt their opponents. A weekend full of learning for the U-16 Soccer Inter-Action team, who will have a new test next weekend to fix some of the imbalances seen in this match. Confidence in the group is high.

SIA Academy’s first half was one of possession and dominance alternated with a tight defensive display against an increasingly pressing opponent. After the break, SIA Academy managed a second half of near perfection, scoring the two goals that earned them the win. Only an opponent’s goal marred a second half that was more than enviable for Soccer Inter-Action.

SIA Academy’s first alevín team enjoyed a resounding victory where, in addition, they learnt from several mistakes made in the first half in terms of play. When they were solved, SIA showed their strength and were able to beat their opponents. Not only was the win enjoyable to watch, but the game was also enjoyable to watch in the second half.

A more than important win for SIA Academy Alevín B against a tough team like Ciutat de Xàtiva. Soccer Inter-Action dominated the game at various times, although some defensive adjustments were not enough to concede three goals. Even so, a learning experience and three points in the bag.

SIA Academy had control of the game for most of the match, having personality with and without the ball. Spectacular attitude from the boys and girls of SIA Academy’s Benjamín A, who got three important points to continue their good run and show that they are a team that can compete against any opponent.

Defeat for SIA Academy’s second benjamín team against the competition leaders. Despite their opponents taking the lead, Soccer Inter-Action didn’t give up and equalised, although Carlet took the lead again a minute later. Despite the 3-1 lead in the second half, SIA Academy did not give up and came close to an equaliser, although Álvaro’s brace ended up falling on deaf ears.

Meritorious victory for the SIA Academy boys. EMF Carlet were undefeated at home and lost to Soccer Inter-Action. Despite conceding an early goal, the team was able to recover and come from behind. Combination and passing were the key to turning the game around. The SIA Academy players once again enjoyed a morning full of football.

Narrow victory for the youngest SIA Academy players against Alberic Promeses. The Soccer Inter-Action team enjoyed a morning of football with their friends that ended in victory. The boys and girls got a 10 position and were able to continue learning on the pitch. 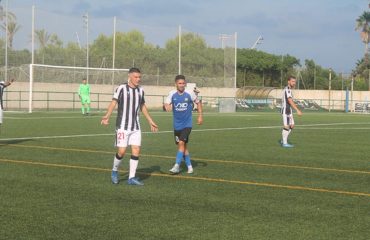 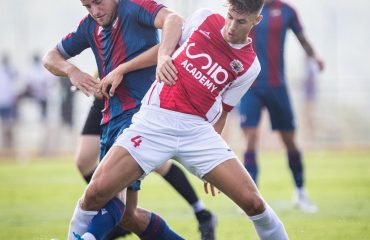