The stage of E. Braunschweig in Soccer Inter-Action ended with great success

The stage of Eintracht Braunschweig has come to an end after the soccer became again protagonist in International Soccer Academy Soccer Inter-Action. Last Friday, January 9th, the Under23 team of the German club started their stage in the high performance facilities of Enguera with the aim of improving and developing their football conditions, so SIA received them and provided everything necessary for it, highlighting above all the benefit of having the residence and the restaurant next to the football fields, one of them natural grass where they have been able to enjoy training seasons and testing with teams from the Comunidad Valenciana. 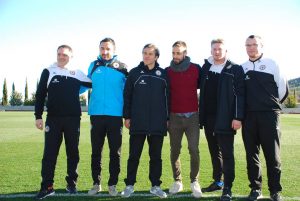 Eintracht Braunschweig U23, led by Henning Bürger, was currently faced one of the clubs referring to Spanish football, Villarreal CF, an entity that SIA contacted and reached an agreement so their filial team disputed a friendly match against the German team. That meeting, which ended with a draw with two goals on the scoreboard, was, along with the numerous training sessions, witnessed by the young promises that reside in the Soccer Inter-Action Academy, who learned the way of working of an Eintracht Braunschweig that resorted to the agency Soccatours so that this one provided them the services and the experience of SIA. 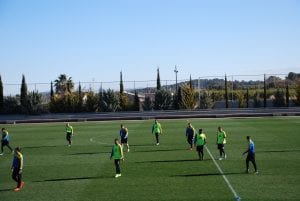 In this way, the German club has left very satisfied the sports facilities of Enguera after recent times has also risen in level, since SIA organized a visit Valencia.

Photos of the Stage of the Eintracht braunschweig U23 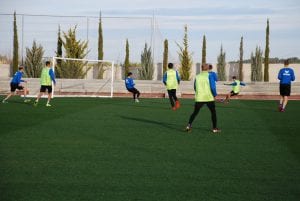 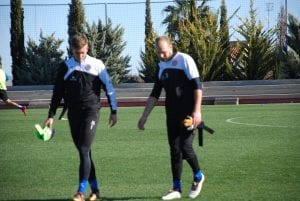 EINTRACHT BRAUNSCHWEIG IS TESTED AGAINST A COMBATIVE VILLARREAL

An exciting friendly match has been lived in the natural grass soccer field of the sports facilities/buildings of Soccer Inter-Action between Eintracht Braunscheig (U23) and Villarreal C which ended in a tie with two goals. The mathc had a high level because the German team, in the SIA stage, did everything in their power to show Villarreal that they are a benchmark in Germany. 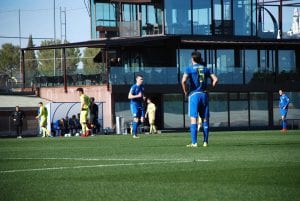 Friendly match between Villareal and German U-23 stage team

In fact, the players of Henning Bürger had to defend themselves during the first minutes of the match because Villarreal started with the intention of dominating the game from the possession of the ball, something that helped them to get ahead in the scoreboard and to lead the match before the half time. The Eintracht Braunschweig reacted in the second half and made use of their physical power to dominate the game and overcome the score with two goals. However, in the last minutes of the match Villarreal C made a counterattack to tie the game in which the young promises that reside in the Soccer Inter-Accion Academy enjoyed it. 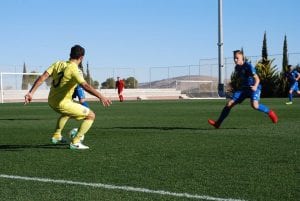 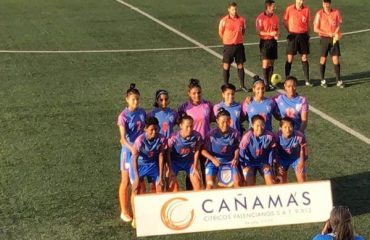