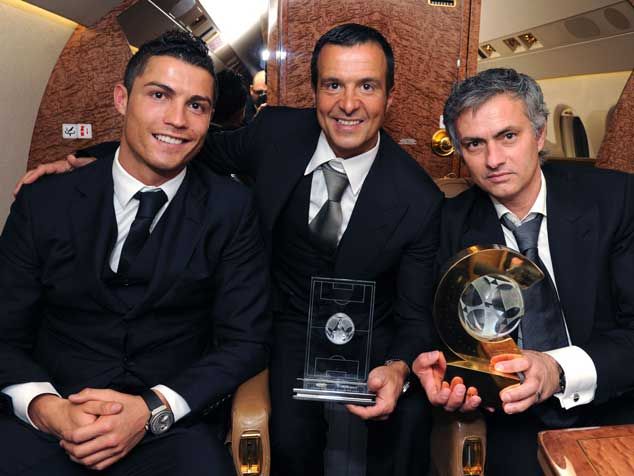 The football players agencies  or intermediaries as they are now known and the agencies of football players have become a fundamental piece in the current football . Personalities such as Jorge Mendes, Jonathan Barnett and Mino Raiola appear day in and day out on the front pages of sports newspapers when the signing season arrives. They decide where the big stars they represent are going to stop. Their commissions are part of the business and their influence is increasing.

Forbes magazine has published a list of sports representatives who have charged more in this 2018. Jorge Mendes, better known as the ‘superagent’ in the world of soccer, surprisingly does not lead the list.Jorge Mendes, Cristiano Ronaldo’s agent, appears in number two. The owner of the agency Gestifute, yes is the undisputed leader in the soccer market. Operations such as the transfer of Portuguese to Juventus have generated 85.88 million in commissions and a volume of business close to 850 million in contracts.

The representative of Gareth Bale, Jonathan Barnett, appears in third place with 678 million euros in contracts and another 68 million in commissions

In fifth place is Mino Raiola, agent of Ibrahimovic or Pogba, with a volume close to 540 million euros and commissions that reach 53.73 million.

The tenth is Todd France (Creative Artists Agency) Soccer; € 35.75m in commissions and € 1.20 in contracts.

In fifth place is Mino Raiola, agent of Ibrahimovic or Pogba, with a volume close to 540 million euros and commissions that reach 53.73 million.

In eighth place is Volker Struth (SportsTotal) Football: € 39.68 million in commissions and € 396.79 in contracts.

The tenth is Todd France (Creative Artists Agency) Football; € 35.75m in commissions and € 1.20 in contracts.

The agent of players like Pedro, Javi Martínez or Vitolo has a volume of contracts close to 260 million euros and 25.89 million in commissions.

Forbes has also published a ranking of the most influential sports agencies. YouFirst Sports, led by Alvaro Torres in his soccer section is the first Spanish (19th position). He works mainly in soccer and basketball with well-known names like Gerard Moreno, Mariano, Porzingis or Ibaka. It has 247 clients and a volume of contracts close to € 547M (always referred to soccer). Bahia Internacional appears in the twenty-third position of the list.

The ten most powerful agents in the world of football

If we do not rely only on money, these representatives of soccer players are the ten most powerful according to many media:

When someone thinks of a soccer agent, the name of Jorge Mendes immediately comes to mind. The Portuguese is the representative of Cristiano Ronaldo and has almost the monopoly of Portuguese soccer stars. The big sales of Benfica and Porto often bear his name. Pepe, Di Maria, Renato Sanches, Thiago Silva, De Gea and a host of stars that play throughout Europe leave their contracts in the hands of this representation shark.

It was the great protagonist of this summer. He did not give up a single euro of his commission (20%) when things got complicated between Pogba and Manchester United. In the end, he managed to get the British to pay 120 million euros to Juventus for the French. He also managed a macro contract for Zlatan Ibrahimovic, who was free, to be a player of the Red Devils. Balotelli and Lukaku are other of the great stars that the representative of Italian soccer players takes.

Few things happen in France and England without Mondial Sport Managment in the middle. The Leicester owes much of its success to this agency thanks to which it signed Marhez and Kanté. In his country (France) Hatem Ben Arfa, Mathieu Debuchy, Remy Cabaye and Florian Thauvin, among others, but today, his two big stars are the Brazilians Douglas Costa and Coutinhon

The agency of both, Media Base Sport, is in charge of closing the contracts of Pep Guardiola (Pere’s brother), Luis Suárez, Thiago Alcántara and Andrés Iniesta. For an obvious question, their most important clients are or have been linked to the FC Barcelona.

The man who went down in history to achieve the most expensive signing in history (until this year). In the summer of 2013 the Bale representative managed to get the Welshman to sign with Madrid for a record amount of 101 million euros. A year later, he made Manchester United pay 37 million euros for Luke Shaw and this summer, PSG paid Sevilla 33 million euros for Krychowiak. He also takes Joe Hart and Asley Cole among others.

If there is someone specialized in bringing Brazilian players to Europe, that is Bertolucci. Only with Chelsea, the agent has signed the agreements of Ramires, Oscar, Willian, David Luiz, Alex or Nathan. Other important players he leads are the Brazilians (of course) Marquinhos and Juan Jesús.

This agency with 15 years of existence has focused its interests on young promises. This summer he closed the signing of central Bailly Villarreal to Manchester United for 40 million euros. At Barça, he has the representation of Aleix Vidal, Denis Suárez and the canterano Adama Traoré. Another of his star players is the Valencia goalkeeper Diego Alves

The most influential representation agency in the Bundesliga. Roberto Firmino, Luiz Gustavo, Julian Draxler, Ricardo Rodriguez, Marcel Schmelzer are some of their represented. They usually bet on young Brazilian talents that they take out of Brazil to take them to Germany, waiting for them to gain experience and become important men for the future of the Canarinha.

This representation agency has made a great name thanks to the Dutch and Belgian market. At present, they take players such as Memphis Depay, Kevin Strootman, Stefan de Vrij and Thomas Vermaelen although their true market of clients resides in cycling.

He is the strong man of German soccer. Represents, among others, Toni Kroos, Marcos Reus, Benedikt Howedes, Josip Drmic and Gonzalo Castro. He was also Göetze’s agent, whom he discovered when he was a teenager but broke up a couple of seasons ago after six years together. He just closed the renovation of Kroos, which has become the German player who earns the most money.

WHAT WAS AN AGENT OF PLAYERS OR NOW AN INTERMEDIARY OF SOCCER PLAYERS?

The FIFA Regulation defined the player agent, a figure previous to the current intermediary, as the natural person who, by charging fees, presents players to a club in order to negotiate or renegotiate an employment contract or presents two clubs to each other. in order to sign a transfer contract, in accordance with the provisions that were established in the FIFA regulations on Players Agents.

Soccerers did not receive FIFA licenses since 2001. Soccer players received licenses directly from each federation. Therefore, there is nothing similar to a FIFA Soccer agent. There were listings that referred to soccer players who have obtained a license from their respective member federation.

Following the adoption of the necessary amendments to the FIFA Statutes and the Regulations for the Application of the FIFA Statutes by the 64th FIFA Congress, the new Regulation on relations with intermediaries replaced the Regulation on Players’ Agents. The new regulation, which presents a new approach based on the concept of mediators or intermediaries, was previously approved by the FIFA Executive Committee in its session of the twenty-first of March 2014 and entered into force on April 1 of two thousand fifteen.

The in-depth reform of the player agent regime was previously decided at the 2009 FIFA Congress with the intention of addressing certain deficiencies that had been detected in the licensing system established in the Players Agents Regulation, among others:

The purpose of the in-depth review was to propose a new transparent system that is easy to direct and also implement, thus achieving compliance at the national level. In order to carry out the reform, the FIFA Soccer Commission set up a sub-commission, made up of representatives of the international soccer community, such as member federations, confederations, clubs, FIFA Pro and professional leagues. The subcommittee developed a series of measures as a sketch based on the term intermediaries, which include the statements that intermediaries must sign when they intervene in transactions representing soccer players or clubs.

After the approval of the draft, it was decided that the new Regulation on relations with intermediaries would enter into force on April 1, 2015 to replace the Regulation on Player Agents.

The new regulation has stopped regulating access to the profession and offers a global framework that leaves a better control of transactions related to the transfer of players to increase transparency. The approach developed to achieve the objectives is the introduction of minimum standards and requirements, as well as a registration system for intermediaries representing clubs or players in the negotiations of contracts and transfers. These measures are intended to offer soccer players or clubs the opportunity to hire any person as an intermediary, provided that the latter meets the standards of good practices and respects certain essential principles. This new regulatory approach will replace the current licensing regime on April 1, 2015.

Key elements of the new regulation:

The agents of the players or intermediaries as they are now known and the soccer players’ agencies have become a strategic piece in today’s soccer.

Personalities such as Jorge Mendes, Jonathan Barnett and Mino Raiola appear day in and day out on the front pages of sports newspapers when the signing season arrives. They decide where the great mediatic stars they represent are going to stop. Their commissions are part of the business and their influence is increasing due to the notoriety of their represented. But they also have a frantic level of life due to the temporary nature of soccer with constant travel. In these moments FIFA wants to limit and regulate the commissions for the transfers of the players, existing an open debate.

Forbes magazine has published a list of sports representatives (in the case of soccer intermediaries) that have charged more in this 2018.

Jorge Mendes, better known as the ‘super-agent’ in the world of soccer, surprisingly does not lead the FORBES list. Jorge Mendes, Cristiano Ronaldo’s agent, and other media players such as Di Maria, Falcao, James, Diego Costa, Luis Filipe, Gonzalo Guedes and André Gomes himself, one of the jewels that the Portuguese agent has, appears in the number two place. The owner of the agency Gestifute, yes is the undisputed leader in the soccer market. Operations such as the transfer of Christian. the Portuguese transfer to Juventus has generated 85.88 million in commissions and a business volume close to eight hundred and fifty million in contracts. 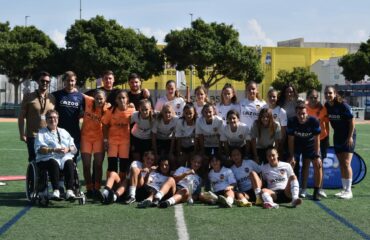 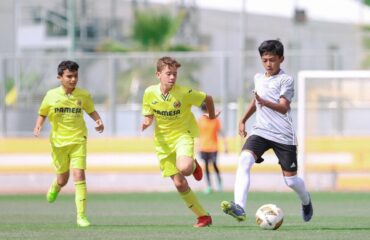 15 Comments to “ LIST OF REPRESENTATIVES, INTERMEDIARIES AND FOOTBALL PLAYERS AGENCIES”