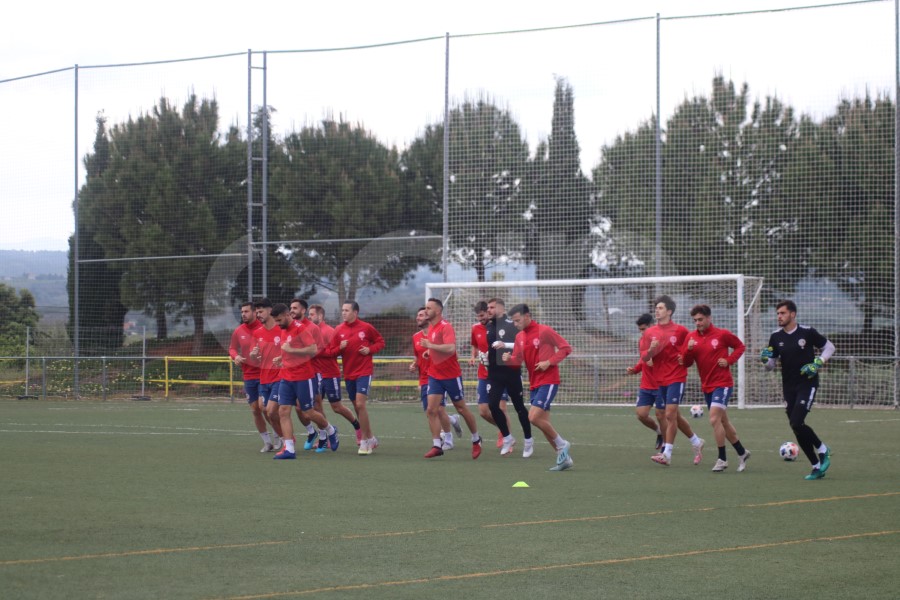 Last weekend the Catalan second division B team, UE Olot, came to the Soccer Inter-Action High Performance Center to prepare themselves in the best way possible for their decisive clash against Atzeneta UE.

Exciting times are ahead for Unió Esportiva Olot while they are approaching the end of their season. The 2020/21 season has been somewhat atypical in terms of the adjustments that were needed due to COVID-19. Nevertheless, the team is currently in the most crucial period of the season: Phase II.

Game preparation at the High Performance Center of Soccer Inter-Action

In phase II of the battle against relegation, it is vital to win all the three games. This is why all the teams try to take care of every single detail prior to their decisive games. That is also why UE Olot once again relied on the services of Soccer Inter-Action to prepare themselves in the best way possible for their game in Estadio Municipal de El Regit de Atzeneta d’Albaida.

The players coached by Miguel Ángel Muñoz decided to stay at the Soccer Inter-Action High Performance Center in Enguera (Valencia). SIA is only thirty kilometres away from the Valencian town that hosted the game, and it was the perfect place to complete a short training camp.

In this way, UE Olot could rest and prepare themselves in the best way possible for their game against Atzeneta UE. All the resources they had access to were in alignment with the strict health protocols in Spain and due to the calm environment surrounding the SIA center, the players could rest perfectly.

Additionally, they had access to the different facilities at the SIA Center. They could analyze their games in the video-analysis room, physically prepare themselves in the gym and physiotherapy room and even train on one of the soccer pitches.

Second División B match in Spain

There was no doubt that the clash between Atzeneta UE and UE Olot had everything to be one of the most exciting games of the day. El Regit hosted a game where more than just three points were at stake on Saturday at 17:00. The Catalan side needed a win to maintain their place in the league.

UE Olot already knew what it was like to beat the Valencians, as they won the game during the regular season. The center back Alan Baró scored the only goal in this game from a beautiful freekick and made sure the points stayed in Estadi Municipal d’Olot.

On the other hand, Atzeneta UE had put themselves in an excellent position to dream of playing in this category for a second year after their 2-0 win over Espanyol B during their last game. Nevertheless, they could not afford any mistakes at this stage, and David Albelda’s team only had one goal: to win.

The important game ended in a one-nil victory for UE Olot. This gives the team coached by Miguel Ángel Muñoz a perfect starting position for the coming games. Overall it was a high-intensity game, and it was crucial that UE Olot did not concede a goal. The Catalan side gave their all on the pitch in an attempt to avoid being outplayed by Atzeneta.

There were not too many scoring chances during the game, and that meant that the first team that was able to score a goal would most likely take all the points with them, and in the end, this team was Olot. In the 40th minute, Alan Baró once again surprised the opponent with a powerful long-range shot after Barnil already hit the crossbar two minutes earlier.

During the second half, the game was dominated by excellent defending of the visitors. Atzeneta came short with almost all of their attacks and were not able to surprise the Catalan team.

The season of Unió Esportiva Olot has known many ups and downs. All the teams had a challenging season due to the spread of the pandemic and its specific health requirements. All these new requirements had a significant impact on the performances of the Spanish club clubs.

Additionally, UE Olot was also placed in one of the most challenging groups in Spain, namely Subgroup A of Group 3 in the Segunda División B. In this group, the team had to collect enough points against teams like FC Barcelona B, Gimnàstic de Tarragona, FC Andorra, Lleida Esportiu, UE Cornellà and UE Llagostera..

In January, the club also decided to bring a new vision to the team by replacing the former coach Raúl Garrido for the new coach Gabri García. However, they were still unable to achieve the desired results and secure their place in the promotion phase of the competition, which would prevent them from relegation. Due to this disappointing result, the club decided to terminate the contract of Gabri García and promote Miguel Ángel Muñoz to become the team’s new coach.

The visit of the UE Olot team is the latest event that can be added to the list of experiences for the young players at the SIA academy. The International Soccer Academy in Spain is still providing its high performance soccer programmes and its players, both national and international, have been able to see first-hand how a Segunda División B team prepares for a crucial game.

The young SIA academy players were able to share their time and space with these professional soccer players under strict health protocols. The team of UE Olot consist of many known players, such as Juan Delgado, Eloi Amagat, Kilian and Jordi Xumetra, who has even competed in the Spanish La Liga. 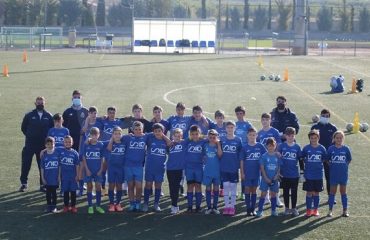